Oppo has officially revealed the launch date for the Oppo Reno5 series in Nigeria. Recall that the Reno5 series went official on December 31 globally and was also launched in India in January. Now, Oppo is gearing up to launch the Reno 5 series in Nigeria on March 17th. The series consists of Reno5 4G, Reno5 5G, Reno5 Pro 5G, and Reno5 Pro+ 5G. However, the series that will likely make their way to Nigeria will be the Reno5 4G and the Reno5 F.

The company even released a teaser poster which also hints that it will launch the Reno5 4G and the Reno5 F. Unveiling of the Reno5 series in Nigeria will take place on the Oppo official youtube channel, Twitter, Facebook, and Instagram. The online launch will kick off by noon on Wednesday this week. Since the smartphones have gone Oficial in other countries, we already know what the Reno 5 4G will be coming with, except for the Reno5 F though. 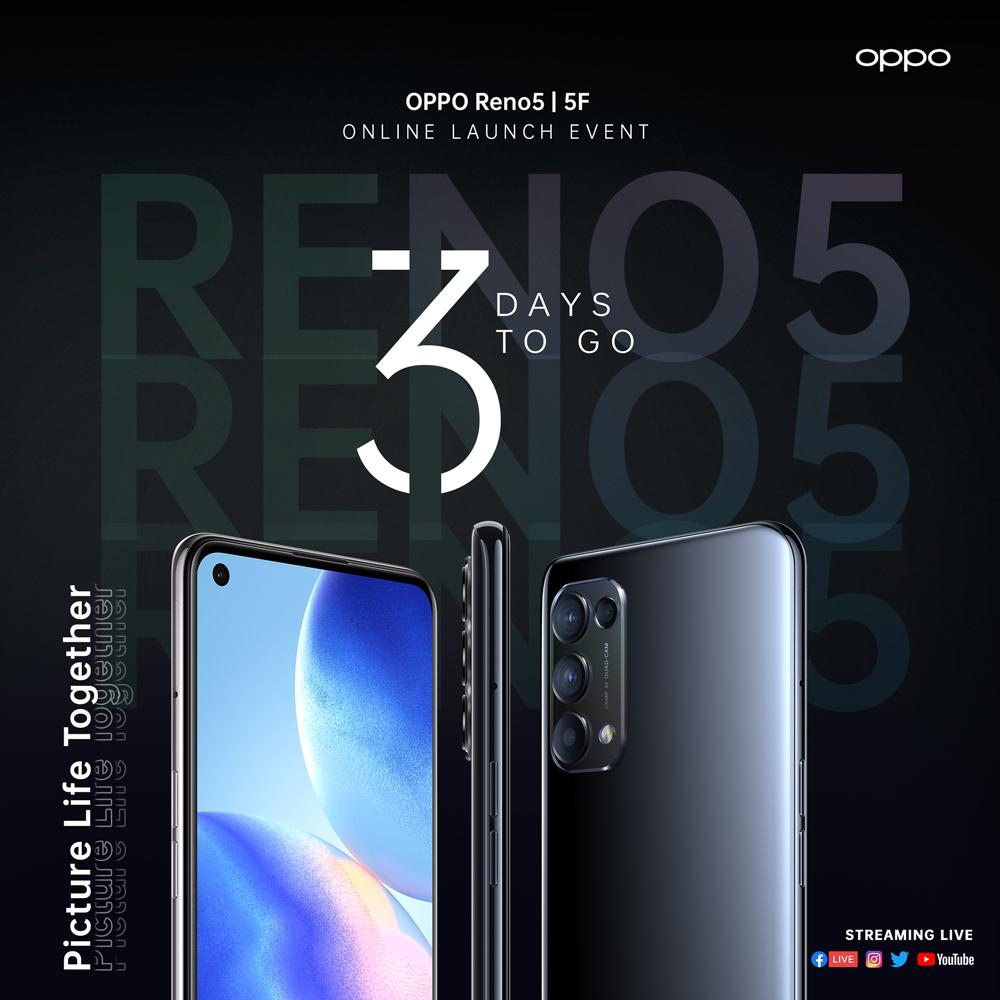 Reno5 4G comes with a 6.43inch AMOLED display with a 90Hz refresh rate and a resolution of 1080 x 2400 pixels. It has a Corning Gorilla Glass 3 on the front and runs on the latest Android 11 with the custom ColorOS 11.1 out of the box. The smartphone is powered by the Snapdragon 720G chipset which uses an Octa-core processor clocked at 2.3GHz for the first two Kryo 465 Gold and 1.8GHz for the last six Kryo 465 Silver.

Gaming on the device is handled by the Adreno 618 GPU, assisted by 8GB RAM and 128GB internal storage. There is a micro SD card support, thankfully. On the rear, there is a quad-camera setup that consists of the primary 64MP camera, 8MP ultra-wide, 2MP macro, and a 2MP depth sensor. The rear camera can record videos in 4K at 30fps and it only has a single led flash for low light support. Coming to the front side of things, the smartphone has a 44MP selfie camera and it can record videos in 1080p at 30 frames per second. It makes use of the under-display fingerprint sensor for security. What is keeping the light on is a 4,310mAh battery that supports 50W fast charging. color options are Galactic Silver and Starlight Black. We will keep our eyes on the launch date to determine the price in Nigeria.