Gionee has silently unveiled the Gionee M3 in China. The smartphone is spotted on the Chinese e-commerce website JD. All the features and specifications have also been made public. From the listing, we learned that it will go on sale starting from April 13. The smartphone comes in three storage configurations.

The Gionee M3 comes with an octagon-shaped camera module at the rear which houses quad-camera sensors. On the front, it has a water-drop notch housing the selfie camera. The display of the smartphone is a 6.53inch TFT LCD screen with a resolution of 720 x 1600 pixels.

Under the hood, it is fuelled by the MediaTek Helio P60 SoC. The chipset uses an Octa-core processor clocked at 2.0GHz and it is a 12nm chipset. Graphics or gaming is handled by the capable Mali-G72 GPU. 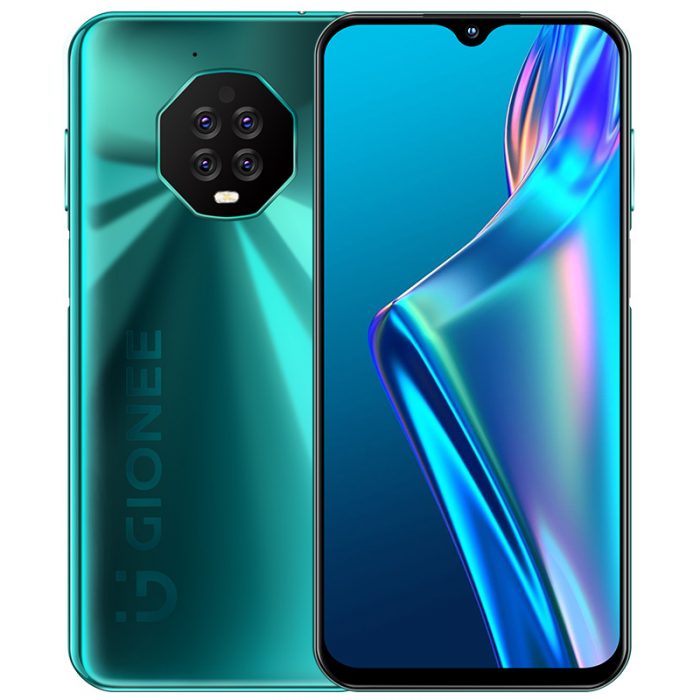 The Gionee M3 is running on the Android 9 operating system. It comes in three storage configurations which are 6+128, 8+128, and 8+256GB. There is a micro SD card slot for storage expansion up to 256GB. Going to the rear, the smartphone is boasting of a three-camera. The main sensor is 16MP followed by the 5MP and 2MP sensors.

M3 also has a single led flash at the rear and it can record in 1080p@30fps maximum. Upfront, the device has a single camera. The sensor is 8MP which has an f/2.0 aperture. The front camera makes use of the screen flash in low light.

What is keeping the light on is a 5,000mAh battery that supports 18W fast charging. There is a side-mounted fingerprint scanner for security. Other features of the device include a 4G network, WiFi, Bluetooth 5.0, GPS, and USB Type-C 2.0. Sensors include accelerometer, gyro, proximity, and compass. Finally, it measures 163.2*75.9*9.3mm and weighs 201 grams.