As Xiaomi is preparing for a super launch on March 29, the products they will unveil keep appearing. At least, we are very sure to welcome the Mi 11 Ultra, Mi 11 Pro, Mi 11 Lite, and Mi Band 6 smartwatch. Ahead of the launch, the renders of the Mi 11 Lite have surfaced.

The smartphone is identical to the standard Mi 11 and it is speculated to arrive in three colors: Boba Black, Bubblegum Blue, and Peach Pink. 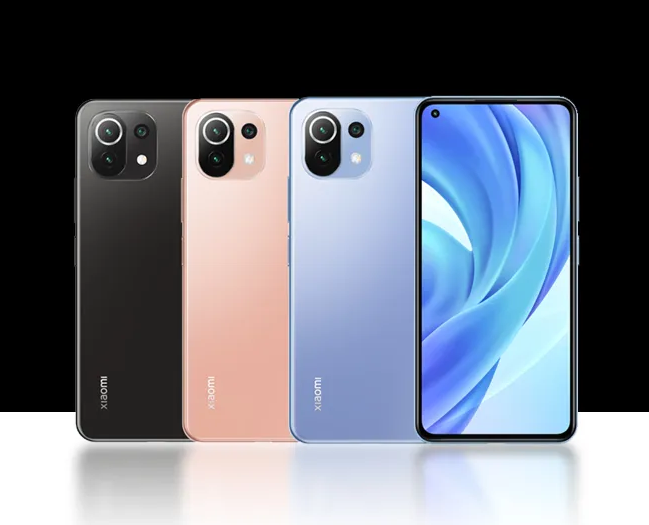 It has recently gotten TENAA certification which revealed some of its specs. It will come with a 6.55 inches display with a punch-hole on the upper left side. It will be the thinnest smartphone ever as it has a 6.81mm thickness.

The dimension is 160.53*75.72mm. It will be running on the Android 11 version with Xiaomi MIUI skin on top. The certification also reveals a 4,150mAh battery capacity. It will have a 33W charger in the box as per 3C certification. According to reports, the smartphone will be available in 4G and 5G variants.

The Xiaomi Mi 11 Lite 4G will be powered by the Snapdragon 732G chipset, whereas the Mi 11 Lite 5G will be equipped with Snapdragon 765G SoC. Apart from featuring different chipsets, the 4G and 5G versions of the MI 11 Lite will have identical specs. It will come with a 20-megapixel selfie camera and its rear camera setup will include a 64-megapixel primary camera, an 8-megapixel ultrawide lens, and a 5-megapixel macro camera. We expect to see an in-display fingerprint scanner and a microSD card slot. It does not have a 3.5mm audio jack. Speculations revealed that the 5G variant will be available in two storage configurations.