Three days ago, we reported that Vivo is planning to launch a new mid-range device in their Y series lineup. We also mentioned that a blog called MX Phone did an unboxing of the device on their blog. Now Vivo has unveiled the smartphone today. The recent leaked specs and features are accurate.

Vivo Y72 will be the first 5G device in the Vivo y series. It is a mid-range device that is made for college students or parents. The device comes with a water-drop notch display and a vertical camera module at the rear housing three sensors. As a mid-ranger, it has a plastic back and frame which is still more durable than glass.

Vivo Y72 5G is priced at THB 9,999 in Thailand which is about $323 or €271. The company revealed that the first sales are scheduled for March 31. You can get it in your preferred color choice which are Graphite Black and Dream Glow. 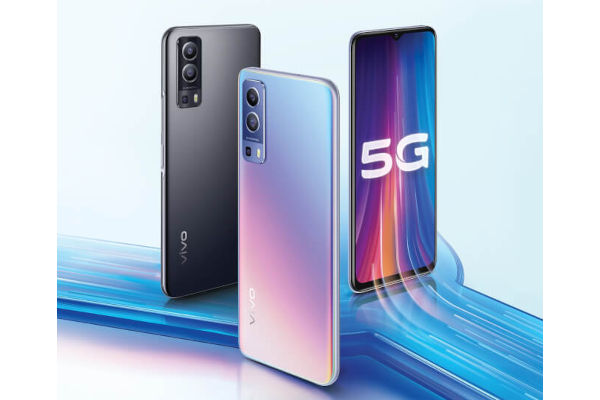 The rear of the smartphone is a home for triple sensors. The main camera is a 64MP sensor. Other sensors are the 8MP ultra-wide and a 2MP macro sensor. Looking at the front, we can see a u-notch cut-out upfront which is where the 16MP selfie shooter is domiciled.

Still on the front, the device comes with a 6.58inch display with a Full HD resolution of 1080 x 2480 pixels. Under the hood, it is powered by the Mediatek Dimensity 700 chipset, accompanied by 8GB of RAM and 128GB of internal storage.

It also runs on FunTouch OS version 11.1 based on Android 11 out of the box. What should be keeping the light on is a 5,000mAh battery capacity which supports 18W fast charging support.