It has a powerful midrange chipset, quad rear cameras that are capable of taking good quality pictures, 5G Network, full HD+ resolution display and a bigger battery capacity to ensure you don’t stay out of power. In this post, you are going to discover many things about the Realme X50m. Before then, let me quickly give you some key specifications of the device.

It has a vertical module at the rear which is a home for quad cameras. Single LED flash is just beside the module while Realme branding is way below the button, indicating that this is a Realme device. It has an 8.9mm thickness which means it will be very sturdy in the hand. 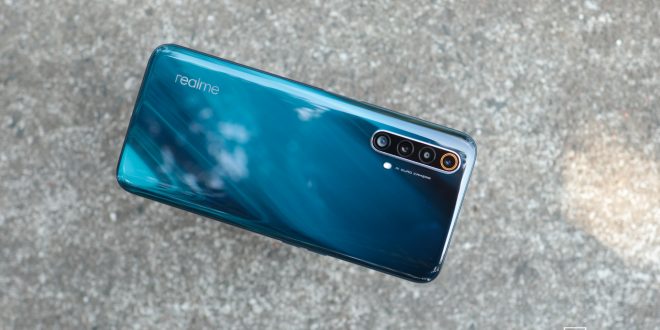 The width size is 75.8mm and the length size is 163.8mm. The smartphone is a bit heavy at 194grams. It uses a Dual Nano SIM slot only, there is no slot for a MicroSD card. It is currently available in two colours which are Starry Blue and Galaxy White, I prefer the Starry Blue colour option.

If not for the dual selfie cameras, it would have made use of the regular circular punch hole cut-out. The smartphone has a small chin and bezels. That’s why it has a screen to body ratio of 84.8%. It uses an IPS LCD display which has a screen size of 6.57inches. 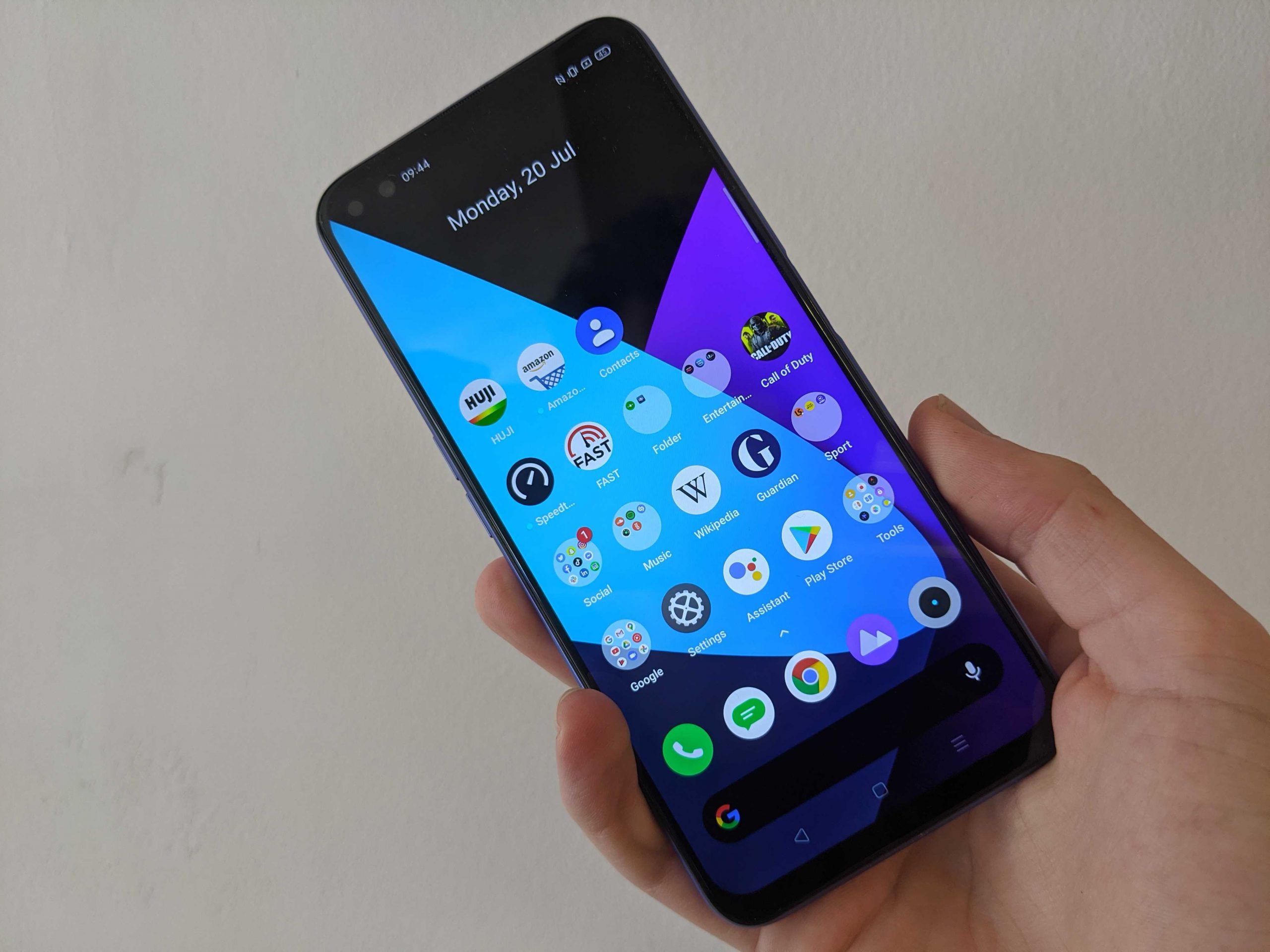 The display of the X50m produces a full HD+ resolution of 1080 x 2400 pixels. There is a pixel per inch density of 399. It also refreshes at 120Hz surprisingly. The display is tall and it has an aspect ratio of 20:9. While it’s the elder brother, the X50, has this same screen features, the X50 Pro comes with a lesser one.

X50 Pro comes with the smallest display size in the X50 family. It has a 6.44inch display size but now proves it’s self as a Pro version indeed by having a Super AMOLED panel with a resolution of 1080 x 2340 pixels and pixels per inch density of 409. With this, no doubt, the display of the X50 Pro will be better than that of the X50m and X50 as expected.

Under the hood, the Realme X50m is powered by a Qualcomm SDM765 Snapdragon 765G (7 nm) chipset which uses an Octa core processor clocked at 2.4GHz for the first core, 2.2GHz for the other 1 core and 1.8GHz for the last six cores. It is running on the Realme user interface with the Android 10 operating system.

The X50 also runs on this hardware but the X50 Pro runs on a Snapdragon 865 chipset having an Octa core processor clocked at 2.84GHz for the first core, 2.42GHz for the other three cores and 1.8GHz for the last four cores. It also runs on the Realme UI 1.0 user interface based on the Android 10 operating system.

So the X50m smartphone chipset is very efficient but the one in the X50 Pro is more efficient. The X50m and the standard X50 runs on the same chipset but it is only the X50 Pro that strongly proved itself as a Pro and runs on a Snapdragon 865 chipset. So it will be faster than the X50m and the X50.

The rear camera has only a single led flash and it can shoot videos in 2160p@30fps and 1080p videos at 30 frames per second. The front camera can only shoot videos in 1080p@30fps. It’s elder brothers, the Realme X50 and X50 Pro comes with a much better camera capable of taking high-quality pictures.

So you can see that it’s elder brothers can take a better image quality than him. Like I said before, the X50m is the smallest version of the X50 family, it looks like a lite version of them so we expect it’s specifications or features to be inferior to the X50 and X50 Pro smartphones.

Coming to where the X50m derives energy, it is from a 4,200mAh battery that supports 30W fast charging. The battery is said to last for a full day depending on the usage. If it is used heavily, it will run down fast but if it is properly used, it will take you for a full day.

Even if it runs down fast, you still have an option to recharge it fast again under one hour and a few minutes since it supports 30W fast charging. A fingerprint sensor for security is located at the side of the phone. Connectivity options includes Wi-Fi 802.11, Bluetooth 5.0, GPS and NFC.

The X50m is a very good upper-midrange device to get as it will satisfy all your needs. If you don’t have enough money to get the X50 and X50 Pro, this one will be a very good choice. It is priced at 103,000 Naira but it is not yet available in Nigeria as of the time of writing this post.